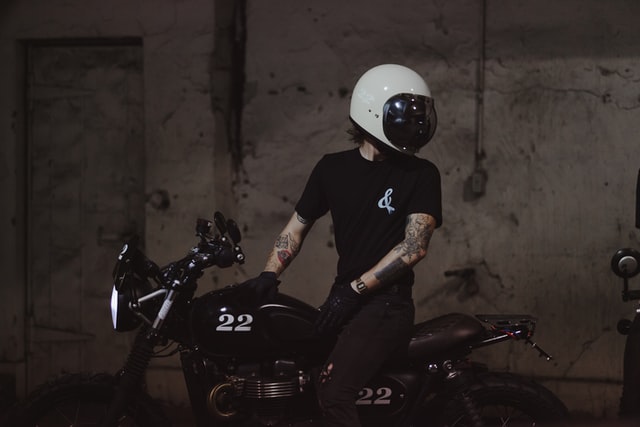 It is known that it is required to use a helmet when riding motorcycles or mopeds. However, there are many people who do not use it. The mandatory nature of its use seems logical considering that both vehicles do not have any bodywork that can serve as containment in the event of a collision or rollover and that the mere loss of balance on the motorcycle can mean hitting the hard ground head first.

However, the latest measurements of helmet use carried out by Luchemos por la Vida in the City of Buenos Aires, indicate that 14% of motorcycle or moped riders do not use it. And partial surveys in Greater Buenos Aires and towns in the interior of the country show an even much less percentage of helmets’ use.

So, why do we need to use a helmet while riding a motorcycle or moped?

Moto helmets save lives by preventing or cushioning devastating and disabling blows and head injuries. Motorcyclists who do not wear helmets have a much higher risk of getting a permanent injury or die. The United States General Accounting Office (GAO) has studied and proven that:

Motorcyclists who wear helmets have 73% less mortality than those who do not wear helmets.

Helmeted motorcyclists have up to 85% fewer serious injuries than non-helmet users.

So, what actually happens to your head in a crash?

The helmet is the main element of protection when traveling by motorcycle, moped, or bicycle. Everyone has heard this but some do not believe it and are resistant to its use. To understand the usefulness of this element, there is nothing better than understanding what happens when someone suffers a blow to the head.

The mechanism of injury: When the motorcycle or moped is involved in a collision, the rider falls in 99% of the cases. If his head hits an object, such as the ground, a contact injury or direct impact occurs. But in addition, the movement that the body, head included, brought during the march on the motorcycle or bicycle stops abruptly, while the brain continues to move inside the skull in the direction of body movement and after hitting the inner wall of the skull is driven in the opposite direction. This type of internal impact can cause anything from a small brain injury to an injury so large that it may cause death.

Head injuries can be of two types: open or closed, that is, with open wounds or not. In the first case, there is a fracture or penetration of the skull that can cause serious brain injuries. In the case of closed wounds, the injuries occur when the brain jerks within the skull. Most brain injuries are of the latter type. And they can be fatal.

Nowadays helmets are even more effective, as they not only protect the head from getting injured or deaths in case of accidents, but also prevent and significantly reduce the number of accidents. This happens thanks to the reduction of distraction while riding, as with GPS moto helmets, riders keep their attention on the road.